Seite 67
... whom they might soon ha : re inclosed , but the Lord otherwise disposed of it , for one Captaine Miles Standish having his fowling - peece in a reddinesse , presented full at them , his shot being directed by the provident Hand of ...
Seite 234
A number of our men that marched on the shore , marched up a river that came in from the westward , mistaking it for the main river , which , as soon as we discovered , we despatched some boats after them . The river now falls fast .
Seite 237
We landed at the same place that general Wolfe did , in a small cove , which is now called Wolfe's Soon after our landing , a barge from the Lizard frigate came rowing up the river . We hailed her , and ordered her to come in to the ... 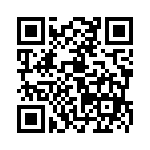