I've had this book ever since I was a kid, and I always find myself coming back and reading it. A collection of his comic peices from his anthologies and memoirs, Twain's style really comes across well. My personal favorites are the "Practical Joke" and the "Interview." Vollstðndige Rezension lesen

Mark Twain was born Samuel L. Clemens in Florida, Missouri on November 30, 1835. He worked as a printer, and then became a steamboat pilot. He traveled throughout the West, writing humorous sketches for newspapers. In 1865, he wrote the short story, The Celebrated Jumping Frog of Calaveras County, which was very well received. He then began a career as a humorous travel writer and lecturer, publishing The Innocents Abroad in 1869, Roughing It in 1872, and, Gilded Age in 1873, which was co-authored with Charles Dudley Warner. His best-known works are The Adventures of Tom Sawyer, Mississippi Writing: Life on the Mississippi, and The Adventures of Huckleberry Finn. He died of a heart attack on April 21, 1910.

Charles Neider, 1915 - 2001 Charles Neider was born in 1915 in Odessa, Russia. At the age of 5, he and his family moved to the United States, settling in Richmond, Virginia. Neider later moved to New York and attended City College. In 1959, his most famous book was published entitled, "The Autobiography of Mark Twain," which was later named as one of the 100 Best Nonfiction books written in English during the 20th Century by the Modern Library. He has also edited and annotated around a dozen anthologies of Mark Twain tales, and edited the works of Robert Louis Stevenson, Washington Irving and Leo Tolstoy. Neider considered himself to be a naturalist as well as a writer. Between '69 and '77, he participated in three expeditions to Antarctica funded by the National Science Foundation and the United States Navy. He wrote about these trips in "Edge of the World: Ross Island, Antarctica" and "Beyond Cape Horn: Travels in the Antarctic." He also wrote of his own harrowing adventure when the helicopter he was flying in crashed on Mount Erebus in 1971. He wrote fiction about Billy the Kid, and the last book he wrote was a semi-autobiographical book about his struggle with prostate cancer. Charles Neider died July 11, 2001 at the age of 86. 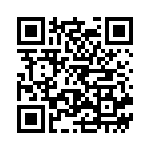