Seite 3484
The first day of September , anterior toʻthe year in which the new President must
enter on the exercise of his duties , the Legislatures of each State shall elect by
an absolute majority of votes two individuals , one of which , at least ...
Seite 3503
If there are inore than two who have an equal number of votes , the second ballot
shall be made amongst the whole of them , doing the same when no one has
obtained this majority , but all of those having an equal number of votes .
Seite 3512
The individual , who has the absolute majority of votes of the electoral district
assemblies , computing the whole number of members which compose them ,
shall be the Governor , Vice - Governor , or Counsellor , as the case may be . 134
. 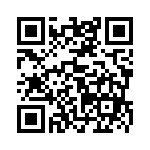