Carolyn Wells (June 18, 1862 - March 26, 1942) was an American author and poet. Born in Rahway, New Jersey, she was the daughter of William E. and Anna Wells. She died at the Flower-Fifth Avenue Hospital in New York City in 1942. After finishing school she worked as a librarian for the Rahway Library Association. Her first book, At the Sign of the Sphinx (1896), was a collection of charades. Her next publications were The Jingle Book and The Story of Betty (1899), followed by a book of verse entitled Idle Idyls (1900). After 1900, Wells wrote numerous novels and collections of poetry. Carolyn Wells wrote a total of more than 170 books. During the first ten years of her career, she concentrated on poetry, humor and children's books. Inspiring from Anna Katherine Green's mystery, she devoted herself to the mystery genre. Among the most famous of her mystery novels were the Fleming Stone Detective Stories which-according to Allen J. Hubin's Crime Fiction IV: A Comprehensive Bibliography, 1749-2000 (2003)-number 61 titles. In addition to books, Wells also wrote for newspapers. Her poetry accompanies the work of some of the leading lights in illustration and cartooning, often in the form of Sunday magazine cover features that formed continuing narratives from week to week. Her first known illustrated newspaper work is a two part series titled Animal Alphabet, illustrated by William F. Marriner, which appeared in the Sunday comics section of the New York World. Many additional series ensued over the years, including the bizarre classic Adventures of Lovely Lilly (New York Herald, 1906-07). The last series she penned was Flossy Frills Helps Out (American Weekly, 1942), which appeared after her death. 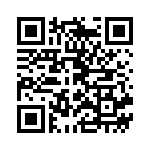