Tino Balio, Professor in the Department of Communication Arts at the University of Wisconsin–Madison, is the author of United Artists: The Company Built by the Stars, United Artists: The Company That Changed the Film Industry, and the editor of The American Film Industry as well as the 22 volume Wisconsin/Warner Bros. Screenplay series, all published by the University of Wisconsin Press. He directed the Wisconsin Center for Film and Theatre Research from 1966 to 1882. 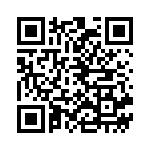