Seite 29
In February 1915, Maxim, Tuska, and the club's president, David L. Moore,
resigned, taking the ARRL with them. Maxim is said to have reimbursed the club
for all expenses involved in creating the national organization. Subsequently,
H.P.M. ...
Seite 32
By March 1916, nearly a thousand amateurs were members of the ARRL.
Competing organizations were weakening. These included the National Amateur
Wireless Association, which had as a journal the successor to the Marconigram, ...
Seite 100
The ROWH was described as "a fraternity, a lodge" of one degree, strictly of and
for the good ham, be he an ARRL member or not. The organization originated
with the Flint, Michigan, amateurs, or gang, as they liked to call themselves. 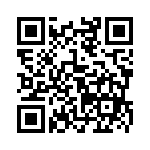