Seite 21
She had heard Gladstone ; " and , of course , he was very good oh , yes , very good indeed ! -but if you had heard him , Nola dear , you would say with me that he is not to be compared to Mr. Heron . ” She had heard Mr. Disraeli too_ ...
Seite 26
Certainly the sensation that passed through Victor's breast as he heard the last lines of the song , and looked on Lucy's face , and saw the sparkling tears in her eyes , was something new to him , and in itself no poor tribute to the ...
Seite 293
Two men , whose business led them through the skirts of the ancient haunted forest of Urgenthal , wherein some trees had lately been felled , heard from a thicket an imperious voice , “ Tell Stumpyfir that Roughbark is felled and dead . 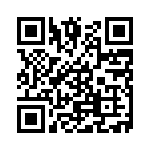