A chronologically arranged series of literary essays by the eminent scholar and critic, "offered indifferently to defense and prosecution, of the way in which a now quite long professional life has ... Vollstšndige Rezension lesen

Distinguished scholar and critic Kermode here compiles 19 lectures and essays on a wide variety of literary topics, ranging from a study of typology in Nathaniel Hawthorne to the influence of ... Vollstšndige Rezension lesen

Frank Kermode (1919-2010) is the author of many books, including Shakespeare's Language (FSG, 2000), Not Entitled (FSG, 1995), Forms of Attention, and The Sense of an Ending. He taught extensively in the United States, and lived in Cambridge, England. 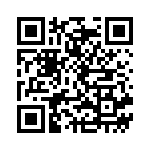