Irving Wallace was born March 19, 1916 in Chicago, Illinois. He began writing for various magazines at age 15 and worked as a screenwriter for a number of Hollywood studios---Columbia, Fox, Warner Brothers, Universal, and MGM from 1950 to 1959, then he turned solely to writing books. His first major bestseller was The Chapman Report in 1960, a fictional account of a sexual research team's investigations of a wealthy Los Angeles suburb. Among other fictional works by Wallace are The Prize and The Word. His meticulously researched fiction often has the flavor of spicy journalism. A great deal of research goes into his novels, which cover a wide variety of subjects, from the presentation of the Nobel Prize to political scenarios. With their recurring dramatic confrontations, his novels lend themselves well to screenplay adaptation, and most of them have been filmed, including The Chapman Report and The Prize. Wallace has also compiled several nonfiction works with his family, including The People's Almanac and The Book of Lists, both of which have spawned sequels. Irving Wallace died June 29, 1990 in Los Angeles, California at the age of 74 from pancreatic cancer. 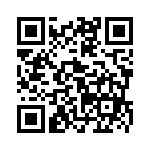