Lise Winer is Associate Professor in the Department of Second Language Education, McGill University, Canada. She is the author of Trinidad and Tobago: Varieties of English around the World 6, Dictionary of the English/Creole of Trinidad and Tobago, and articles on Caribbean language, literature and culture. Bridget Brereton is Deputy Principal and Professor of History, University of the West Indies, St Augustine, Trinidad and Tobago. Her major books include A History of Modern Trinidad, Race Relations in Colonial Trinidad, and Law, Justice and Empire. Rhonda Cobham is Professor of English and Black Studies, Amherst College, USA. She has edited special issues of Research in African Literatures and the Massachusetts Review as well as Watchers and Seekers: An Anthology of Writing by Black Women in Britain. Her essays on Caribbean and African authors and postcolonial theory have appeared in Callaloo, Transition, Research in African Literatures and several critical anthologies. Mary Rimmer is Professor of English, the University of New Brunswick-Fredericton, Canada. Her publications include an edition of Thomas Hardy's Desperate Remedies, and articles on Thomas Hardy, Margaret Laurence and Nino Ricci. 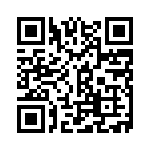