After losing this under the sofa cushion for a couple of months, I finally finished it. It was good to read along with Deuteronomy. They partner well. Joshua has become one of my favorite heroes. His ... Vollständige Rezension lesen

Joshua was the transitional figure for Israel. He was the first leader after the giving of the Law (Moses being the giver of the Law). He was the person who led them into the Promised Land. It is ... Vollständige Rezension lesen

Francis A. Schaeffer (1912–1984) authored more than twenty books, which have been translated into a score of languages and sold millions worldwide. He and his wife, Edith, founded L'Abri Fellowship international study and discipleship centers. Recognized internationally for his work in Christianity and culture, Schaeffer passed away in 1984 but his influence and legacy continue worldwide.

Udo W. Middelmann is president of the Francis A. Schaeffer Foundation. He is a graduate of Covenant Theological Seminary and a longtime worker at Swiss L'Abri. Udo and Debbie Middelmann have five children and three grandchildren. 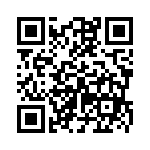