Peter Norberg has been Assistant Professor of English at Saint Joseph's University in Philadelphia since 1997. A specialist in New England transcendentalism and the history of the antebellum period, he also has published on Herman Melville's poetry. He currently is writing a history of Emerson's career as a public lecturer. 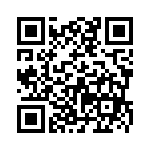