The author is a writer and motivational speaker. She has had an active prison ministry for more than twelve years. She has worked with numerous non-profit agencies. Ms. Johnson served as the New Connections to Work Coordinator at Columbus Tech when the school began a collaborative partnership with other state agencies to change the face of welfare. Later, she served as the Community Resource Development Coordinator for Region VIII with the GA Department of Family and Children Services. Her work has encompassed helping inmates, victims of AIDS, teenage mothers, and substance abusers. She was instrumental in establishing Teens Empowerment Awareness with ReSolutions, Inc. (TEARS) based in Phenix City, Alabama. Ms. Johnson has a B.S. in Health Science with a minor in Criminal Justice from Columbus State University where she graduated Phi Kappa Phi and magna cum laude. She was one of the first recipients of the Kennon and Parker Academic Scholarship from Columbus State University. Additionally, she received several honors awards. She received her Master's Degree from Troy State University in Community Psychology in Counseling. She is currently pursuing a Doctorate of Ministry in Christian Counseling. She has also attended the graduate program of Southern Christian University. However, she states her GED remains her proudest degree. 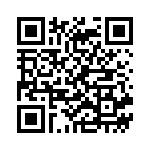