How Then Should We Reason..

Frank has a keen insight into things of God as a hand full of people has today. This book is a proof of God's gift to Frank in explaining the concepts of creation and family for the benefit of the ... Vollständige Rezension lesen

Frank Dragash is a missionary of 30 years standing.  His education includes Vienna University in Austria, All Nations Christian College in England, and Moody Bible Institute in Chicago, USA.

He has a rich experience of dealing with people in all walks of life.  Frank and his wife Anna, together with their two sons Philip and Jacob, have traveled extensively and lived in numerous countries.  They are polyglots, speaking several languages fluently, and have planted two churches in Vienna, Austria.  Burdened by the urgency of the need to bring about positive change in the cultural fabric of society, Frank founded the Croatian Institute for Cultural Renewal, of which he is a director.

Hoping to contribute to an improvement of human relationships and, above all, to point decisively to the God who revealed Himself in Christ Jesus as the Savior of the entire world, especially those who accept Him into their lives, Frank Dragash presents this book as a valuable tool.  It is childishly simple.  Anyone can put its principles  into practice, and all who call themselves Christians should practice it! 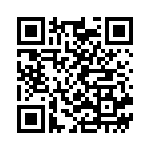